There are so many different terms nowadays regarding kitchen appliances. There are air fryers, convection ovens, toaster ovens, conduction stoves and so on. Many of these terms are based on simple physics and it will help you to understand how actually these appliances work on the simplest levels. So how does an air fryer transmit the heat to your food? Does an air fryer use convection energy? Let’s find out.

Does an air fryer use convection?

Yes an air fryer uses convection energy but not in the natural form. The heating element heats up the air and this air heats up the food, and therefore we can say that air fryers use convection. On the other hand air fryers speed up the process with their ventilation element that helps the circulation of the hot air. So basically it doesn’t use the convection currents (natural movement of hot air) but it does use convection energy. This ventilation unit comes very handy because it can reduce the amount of time needed for cooking dramatically which makes air fryers very useful. Basically this is why you can preheat your air fryer in a matter of minutes.

Difference between convection, conduction, and radiation

Some examples of conduction:

Now that we have covered thermal energy directly transferred (aka conduction) we can talk about convection. The easiest to understand convection is that a fluid or gas (like water or air) likes to travel when it is heated up. And it travels upwards. And also it carries the thermal energy with it. Basically that’s what conduction is.

Some examples of convection:

Thermal radiation occurs when the emission of electromagnetic waves heats up a surface. The waves will carry the heat away from the emitting object. It is a bit harder to understand but let’s just say that some particles (like protons, electrons) get charged and these charged particles then emit the waves which result in a heat. The most well-known form of radiational energy is the sun. The heatwaves travel through the solar system in vacuum (where no gas, liquid or solid matter exist) and when it reaches earth it will heat up the surface. It is also important to note that all materials radiate energy. The hotter the object the more thermal energy it will radiate.

For example the microwave uses radiation energy to heat up our food and this is why they are extremely energy efficient.

Difference between a convection oven and an air fryer

There are some differences between a convection oven and an air fryer but in terms how they work they are very similar. They both use hot air to fry your food and a ventilation element to speed up the process. As we learned from our previous section they both use convection thermal energy to get the job done.

So the answer is yes, an air fryer use convection energy, but with the help from its ventilation element. In terms of mechanics they are very similar to convection ovens. Therefore food prepared in air fryers can be cooked so evenly because the heated air creates an even temperature in the heating basket.

Looking for a new air fryer?

Before you buy check out some of our complete brand reviews: 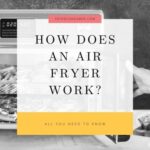 How Does an Air Fryer Work? 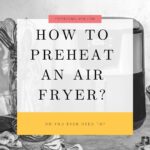 How To Preheat An Air Fryer – Instructions for 23 Air Fryers 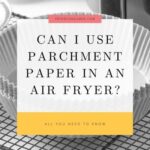 Air Fryer Liners: Can I use Parchment paper in an air fryer? 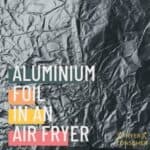 Can You Put Aluminum Foil in an Air Fryer? 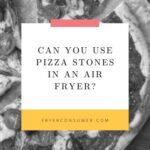 Can you use pizza stones in an air fryer? 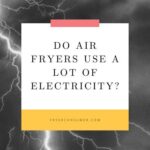 Do air fryers use a lot of electricity?

Was this article helpful?
YesNo

I’m Thomas and I'm passionate about air fryers for 2 reasons: they save you time and provide you with healthier lifestyle. The 2 most precious things for me. I’ve been using air fryers for years now and I love how I can create the perfect meal in 15 minutes without adding nearly any oil to my foods. 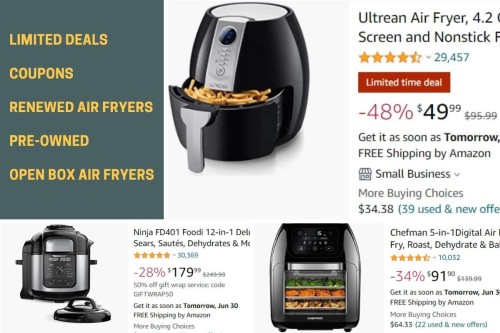