Can an air fryer replace a microwave

We are supported by our readers. We receive a commission if you purchase something through our links with no extra cost to you.

Air fryers and microwaves work in a completely different way and the end result is often different too. So can an air fryer replace a microwave? Keep reading to find out.

How Do Air Fryers And Microwaves Work?

When it comes to understanding Airfryers and microwaves work, there are a lot of people who feel like they are in the dark. And, while we may not all be experts on the inner workings of every device in our home, it is always interesting to learn more about them, especially if they can make our lives easier!

An air fryer is a kitchen appliance that “fries” foods without all the oil of traditional frying. But before you choose an air fryer, its important for you to know how it works.

Air fryers have a heating coil and a fan installed. Usually the heating coil is under the fan so it can effectively push the hot air in to the food (although it may vary). This thermal reaction is called convection and it is pretty effective. When the coil reaches high temperatures, the air around it is heated up. With the help of the fan, the super hot air is circulated around the air fryer, cooking everything inside.

The secret to an oil-free crispy exterior lies in something called “The Maillard Reaction.” This is a chemical reaction between amino acids and reducing sugars that gives fried foods their signature crunch (Source)

Even though they’ve been around for years, many people still don’t understand how microwave ovens work. And it’s not surprising, given that microwaves use a type of electromagnetic radiation, which is invisible to the naked eye.

Microwave ovens emit microwaves, which are a type of electromagnetic radiation. These microwaves cause the water molecules in the food to vibrate. The friction from this vibration creates heat, which cooks the food.

In other words, these waves are generated by oscillating electric charges, and they move through the air or any other transparent medium at the speed of light. When microwaves strike an object, they cause the molecules in that object to vibrate. The faster the vibration, the greater the amount of heat that is produced. This is how microwaves are able to heat food quickly and efficiently.

Main Differences Between Airfryers And Microwaves

Air fryers and microwaves are both kitchen appliances that can be used for cooking. The answer to “can an air fryer replace a microwave” depends on the differences between the two appliances and your individual needs.

The main difference between the two is the way they heat food. Air fryers use hot air to cook food, while microwaves use electromagnetic waves. As a result, microwaves tend to cook food faster than air fryers.

Additionally, air fryers are more versatile than microwaves, as they can be used for frying, baking, and roasting, while microwaves are typically only used for reheating and defrosting. Air fryers can be used to cook almost anything – bacon, steaks, and fried chicken, for example. Microwaves have the advantage when it comes to warming up liquids and soups.

Every day, microwaves use 1200 watts of power for about 30 minutes while air fryers typically consume less power, somewhere between 1200 to 1500 watts. Check out our round-up of the top 4 low wattage air fryers here.

Using a microwave would just not be energy efficient enough. Plus, some people prefer air fryers because they provide a more natural way of cooking food. Rather than using radiation, air fryers simply circulate hot air around the food. This makes them a healthier alternative as compared to microwaves.

This is because of the way that air fryers work – they circulate hot air around the food, which can cause moisture to evaporate quickly. A microwave would be a better fit for this situation, perhaps. As a result, it’s important to experiment with your air fryer to see what works best for you and your favorite dishes.

Can I reheat food in an air fryer?

Yes, you can reheat food in an air fryer. To do so, preheat the air fryer to the same temperature you would use to cook the food originally. Then, heat the food for half the amount of time you would normally cook it. For example, if you originally cooked the food for 10 minutes, cook it for 5 minutes when reheating.

Is an air fryer more safe to use than microwave?

Air fryers use rapid air technology to cook food, which is a safer cooking method than using microwave ovens. Microwave ovens, on the other hand, emit electromagnetic radiation that can put your food and health at risk.

Does an air fryer emit radiation?

No, an air fryer does not emit radiation. Air fryers work by circulating hot air around food, similar to how a convection oven works. There is no need for radiation in order to cook food with an air fryer. Additionally, air fryers are safe to use and pose no health risks.

So can an air fryer replace a microwave? In most of the time it can but there are some instances when the microwave is more effective. Let’s explore these instances more.

For those who believe that the air fryer can replace the microwave oven, they cite its ability to also act as a convection oven. They note that while the air fryer may not heat liquids unlike a microwave, it can still reheat solid foods quickly and efficiently.

So, what’s the verdict? Can the air fryer replace the microwave? It really depends on who you ask. If you’re still on the fence on whether to choose a microwave or an air fryer, you’ll be glad to know that there’s also an appliance called a microwave-air fryer combo. It combines the functionalities of both of these appliances and thus offers increased value. 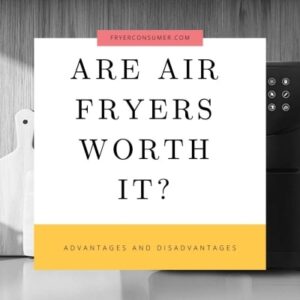 Are Air Fryers Worth It? 7 Reasons Why We Love Them. 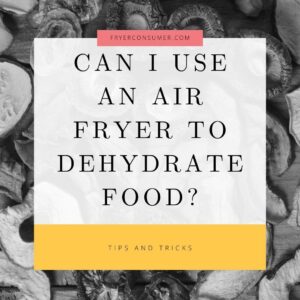 Can You Dehydrate Food In Air Fryer? 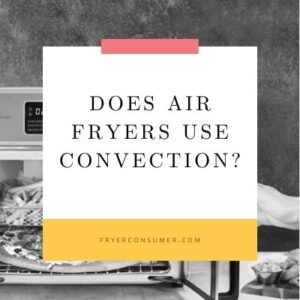 Does an Air Fryer use Convection? A simple explanation 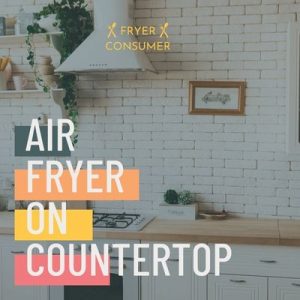 Can I Put Air Fryer on Countertop? 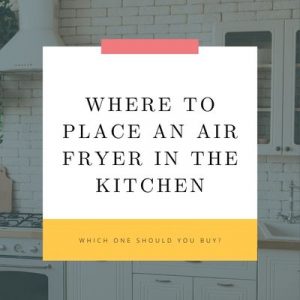 Where to place an air fryer in the kitchen? 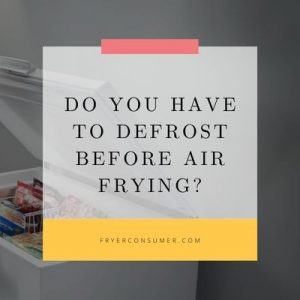 Defrost Before Air Fryer: It Is Necessary Or Can You Skip This Step?
Was this article helpful?
YesNo

Hey there! I've been cooking for myself and loved ones since the age of 18. In our busy world I've always looked for ways to be more time efficient when it comes to preparing food but also creating tasty and healthy dishes. That's when I came accross air fryers a few years ago and eversince I am trying to spread the word of the benefits of these wonderful machines.

Are Air Fryers Worth It? 7 Reasons Why We Love Them.

Can You Dehydrate Food In Air Fryer? 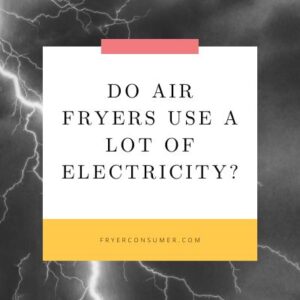 Do air fryers use a lot of electricity? 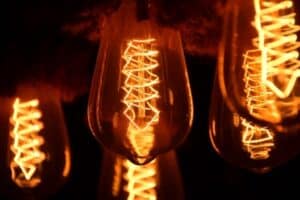 I’m Thomas, and I'm passionate about air fryers for two reasons: they save you time and provide you with a healthier lifestyle, which are the two most precious things to me. I’ve been using air fryers for years now, and I love how I can create the perfect meal in less than 15 minutes without adding nearly any oil to my food.

This website uses cookies to improve your experience while you navigate through the website. Out of these, the cookies that are categorized as necessary are stored on your browser as they are essential for the working of basic functionalities of the website. We also use third-party cookies that help us analyze and understand how you use this website. These cookies will be stored in your browser only with your consent. You also have the option to opt-out of these cookies. But opting out of some of these cookies may affect your browsing experience.
Necessary Always Enabled
Necessary cookies are absolutely essential for the website to function properly. This category only includes cookies that ensures basic functionalities and security features of the website. These cookies do not store any personal information.
Non-necessary
Any cookies that may not be particularly necessary for the website to function and is used specifically to collect user personal data via analytics, ads, other embedded contents are termed as non-necessary cookies. It is mandatory to procure user consent prior to running these cookies on your website.
SAVE & ACCEPT

Looking for the Best Air Fryer to gift this Christmas? Check out our recommendation!

Thank you for submitting the form